A friendly sound hire service with delivery and setup within our 10km Auckland metro area for all the package PA sound systems shown here, or for a lower cost you can pick up and do-it-yourself.

A special demonstration event by trick riders was later opened to the public and anyone who wanted to try a crazy jump . . with a soft landing!

Equipment
System 8 - Festival System without the subs but including two 500 watt active speakers to cover 360 degrees of outdoor space for an roaming MC with a cordless mic. 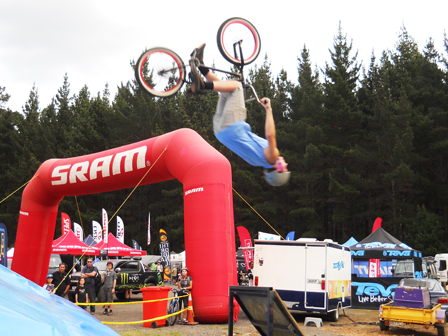